Kamyshlovsky District is located in the southeast of the Sverdlovsk region, an area which is 220 thousand hectares, stretches from north to south - 70 km of December 17, 1995 held a local referendum on the establishment of the boundaries and structure of local government of municipal formation "Kamyshlovsky District", of which It includes 53 settlements, of which - 14 towns, 14 villages and 25 villages. Today, in the region of 54 settlements (farm "Buharovsky" was formed in 1999).

Minerals district represented mainly tripoli, flask, red, are used mainly for the production of bricks, sand and gravel deposits that have commercial value. In Kamyshlovsk region has significant reserves of peat, curative mud. In the area with. Obukhov outputs are sulfur-ferrous mineral water. They have long been used for medicinal purposes sanatorium "Obukhov," which celebrated 150 years in 2008. Obukhovskie mineral water are studied and described in 1873 a country doctor VD Buldakov. After Bole century did not run out of the life-giving properties of the water. With the help of the unique properties of "Obukhov" treated kidney disease, kidney stones, congenital diseases, diseases of the liver and gastrointestinal tract, digestive organs, and diabetes mellitus. Therapeutic "OBUKHOVSKY" water experts consider an analogue of the famous Truskavets "Naftusi". Today sanatorium "Obukhov" little inferior to what the famous European resorts. This well-maintained medical campus with modern buildings, sauna, swimming pool, children's playground, a gym, and a winter garden. In the district there are Kamyshlovsk industrial mining and mineral water bottling.

Along the river Pyshma on sandy deposits remained significant area of ​​pine forests. In the presence of natural monuments Kamyshlovsky District is in the second group of areas with wilderness protection index from 1 to 5, as It has on its territory of the state natural monuments, two and three botanical landscape. For botanical monuments include the St. Nicholas Kamyshlov and forests. Nicholas boron is a botanical reserve and state reserve, located in the vicinity of s.Nikolskoe and covers an area of ​​5 hectares. Age of pine trees more than 200 years, some members - 270-300 years. Landscape monument nature Kamyshlovsky region are swamps: Pyshminsko, Yalanskoe, Suvarysh. In the swamps are breeding sites of Eurasian Cranes.

On the territory of the district found Kamyshlovsky stay prehistoric man. So, near the noise about d.Barannikovoy for d.Korovyakovoy and opposite s.Kalinovskoe (in Red Hill) archaeologists found traces of well-preserved shafts small settlements of ancient people.

Kamyshlovsky District and g.Kamyshlov always occupied a very advantageous transport position, since they are at the intersection of the Siberian, Shadrinsk and Irbitsky paths. According to the district from west to east passes major railway Yekaterinburg-Tyumen. Major transport artery is the highway of federal significance Yekaterinburg-Tyumen, which crosses the entire area. From the north of the road from the regional value-Kamyshlov Irbit-Turinsk, and from the south - local roads Kamyshlov-Kamensk-Uralsky and Kamyshlov-Sukhoi Log. In October 2005, opened a new Road route Yekaterinburg-Tyumen bypassing g.Kamyshlova.

In the vicinity of the settlement were carried out on the rivers otters, an abundance of land made it possible to hop hop to supply not only the Trans-Urals, and European Russia. Kamyshlovsk settlement is also a supplier merlins (falcons) for the royal court.

Kamyshlov county in the 17th century was part of the Verkhoturye County, in the 18th century Kamyshlovsk settlement was attributed to the Ekaterinburg Metallurgical Plant. In the middle of the Siberian highway was laid through the 18th century Kamyshlovsk suburb. Path created a new impetus for development in the settlement of trade and crafts. Large-scale commercial agriculture was still in the first place. The leading branch of animal husbandry in the county was Kamyshlovsk horse breeding, which was due to the extensive development of the private carting in the Siberian, Shadrinsk Irbitsky and paths.

Until 1924 Kamyshlov and the surrounding villages, as well as villages and hamlets future Irbitsky, Bogdanovich, Sukhoi Log, Kamensk-Uralsky, Talitsky, Pyshminsky areas were part of the county Kamyshlovsky Shadrinsk district of the Ural region. It was a county of 29 townships. With the arrival of Soviet power, border, kept for centuries, did not meet modern economic demands, and so it was decided to create a new Kamyshlovsky district boundaries. January 16, 1924, the first Regional Congress of Soviets. Municipalities disappeared. The district includes 123 settlements. They were distributed among 24 rural councils. The existing borders Kamyshlovsky District was established January 1, 1967 Further development of the region is through the construction of large farms. In the area of ​​trust has been established for meat and dairy farms. In the years 1959-1960 in the course of development of poultry was taken Kamyshlovsk area. For this purpose, it was established Kamyshlov farm, which in 1971 was awarded the Order of the October Revolution and two diplomas ENEA. In Kamyshlovsk farm it had only one in the Sverdlovsk region broodstock ducks. In 1961 Skatinsky farm also entered the trust "Ptitseprom". In these state farms poultry translation was carried out on an industrial basis, which dramatically increased the productivity of poultry farmers and livestock productivity.

And now the content of the birds on these farms, the production of eggs and poultry are improved. Today the core enterprises of the district are OGUP sanatorium "Obukhov" and Agricultural Production Cooperative "Ptitsesovhoz" Skatinsky ". In 2001 Skatinskom Company put into operation the Swedish equipment firm "De Laval" in the dairy shop, allowing improved milk quality and price of its implementation. Egg laying chickens for the year more than 300 eggs per hen. For consistently high performance in poultry Company in 2001 it was accepted into the club to "break", founded by "break" in Germany. Skatintsam were awarded the "golden" egg certificate. CJSC "Ptitsesovho" Skatinsky "- one of the best farms in the region, part of the 300 largest and most efficient Russian economy (104e takes place). In 2004, the farm entered the top 100 Russian enterprises for the production of milk.

The industrial complex Kamyshlovsky region are mining and mineral water bottling: OOO "Obukhovskie mineral water" MUP "Kamyshlovsk mineral water", JSC "Uralstar Obukhov." On the territory of Kamyshlovsky and Bogdanovich areas functioning pig "Ural", the largest in the Urals. The complex is designed for livestock 60 thousand pigs and 8.5 thousand tons of meat per year. The entire production process is based on the latest modern technologies.

Today Kamyshlovsk area there are 41 agricultural enterprises and 13 peasant (farmer) farms, operates 22 club, 21 libraries, 21 FAP, 15 kindergartens and 4 of the branch, 13 schools. On the territory with. Kamyshlovsky Obukhov district is located sanatorium "Obukhov," one of the oldest health resorts in the Urals, became famous before the revolution for its mineral waters.

Six people in the district were awarded the Order of Lenin, 186 - exhibitors are ENEA, three men - heroes of Socialist Labour, 1600 during the Second World War were awarded military medals and decorations. Devil AA of p. Razdolnoe awarded the title Hero of the Soviet Union, Ozornin NM of p. Kalinowski - the title of Chevalier of the Order of Glory of three degrees. 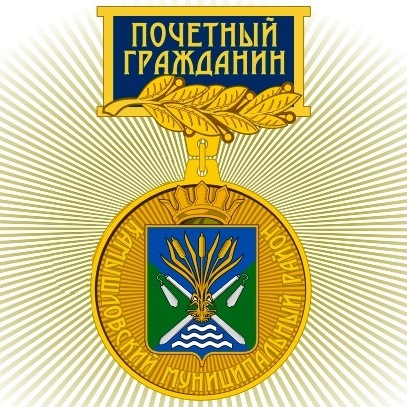 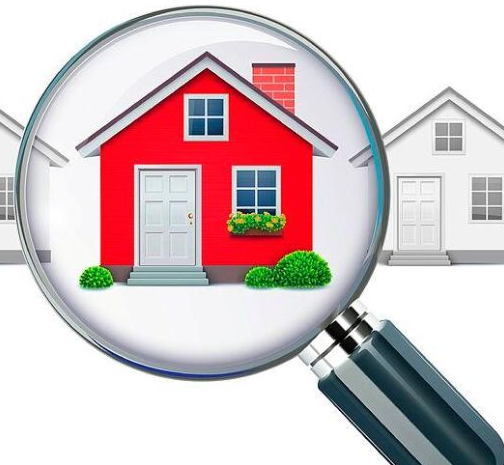 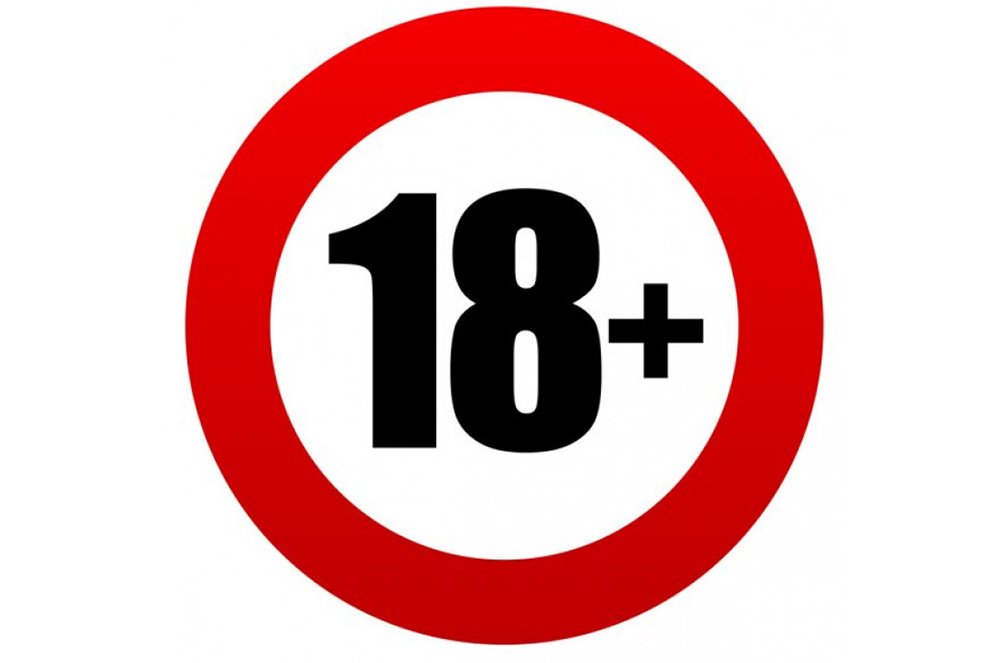